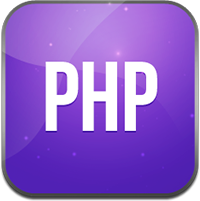 In PHP, a variable always starts with a dollar ($) sign.  They can contain numbers, letters, dashes, and underscores but basically developers avoid using dashes.  In case of underscores, you should only use single underscore to separate 2 letters.  However, you can use more than that but it is good practice to use single underscore only because sometime its hard to identify on a first glance how many underscore you have used in a variable to separate letters and it can mess up your entire project if not followed properly throughout your entire code.  There should not be any space between letters.  For example:

Variables in PHP are case-sensitive. So, you must make sure you use them as you declared them.  There are some predefined keywords in PHP, which you should avoid using as variable name.  Click Here for the list.

How to Swap Two Variables Without Using Third Variable in Javascript

How to Replace Multiple Dashes with Single Dash in Javascript