The .NET framework was introduced to the world around 2002 and since that time this framework is keep on growing.  Microsoft is keep on 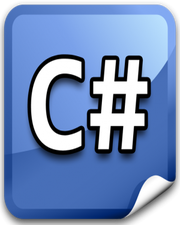 upgrading its .NET framework from time to time and doing the required modifications to make this framework more efficient to work for the developers.  In the past, we were using other object-oriented languages like Visual Basic, C++ etc. which were all based  on COM model known as Component Object Model.  COM model was very very popular and lots of applications were coded during that time.  But like any other language, there were some pros and cons.  The object-oriented nature of those languages was very popular, but those languages were completely bound to Windows OS, which means if you want to use any application coded in those languages that will fail to run on other OS like Mac, Linux etc. including to that the deployment model was not that much helpful.  If you make an application in Visual Basic and try to run that application on Windows OS, there will be requirement to register certain required dll files, which are known as dynamic link libraries.  If in any case, those libraries are not available which are very essential for any Visual Basic application to run properly, then you have to deal with the unexpected errors.

In .NET framework, you will get plenty of advantages, might be more in the upcoming future.  Some of the advantages are listed below.

Exception Handling in C# with Example

How to Optimize Your Windows 7 for Best Performance